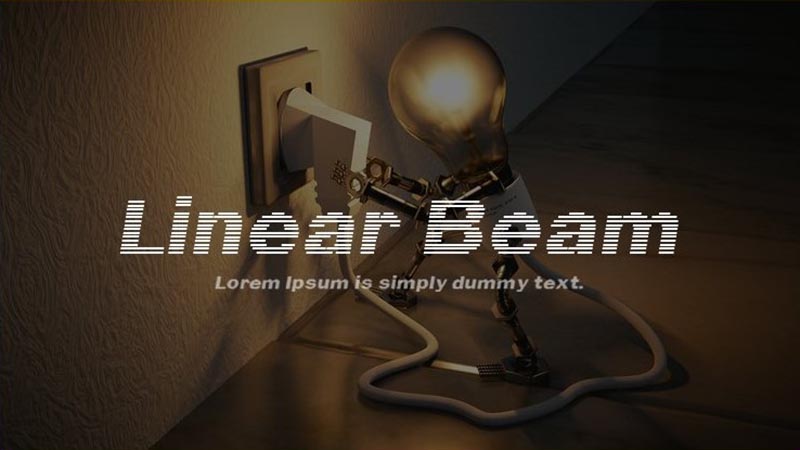 Linear Beam Font is a techno Lcd font that comes with a magnificent cool texture. Graham Meade took the charge of designing and releasing it for the first time.

Its texture has created with lines in which each letter created with more than 100 lines that you will observe in texture. While the outside texture of the whole font feels like sans serif.

But actually, it’s a techno texture because such unique thought applied by the designer over it. One more thing is a little bit fall on the right side effect you will also observe.

It normally is seen in italics weights of different fonts. So, maybe the designer took some inspiration from this aspect. Due to its clean appearance, you can surely utilize it with other fonts help like with Proza Libre Font & Comme Font. 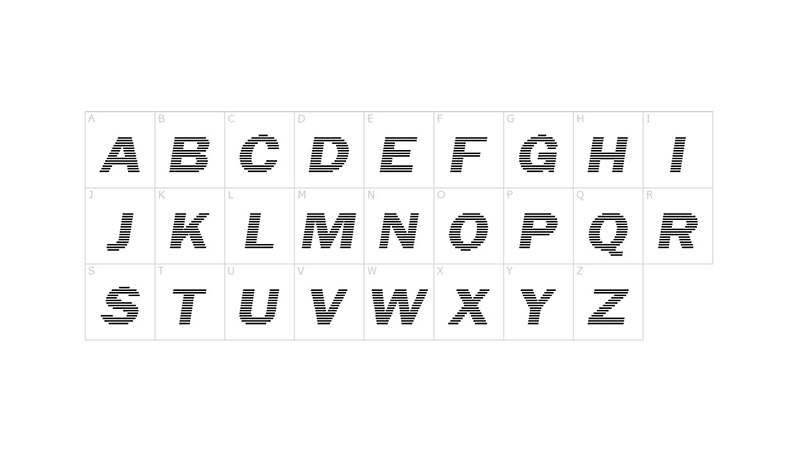 Linear Beam Font has come in a single regular style along with TTF file format. This single style has 95 glyphs as well as 113 characters.

Including 93 Basic Latin, 17 Latin-1 Supplement, 1 Spacing Modifier Letters, and 1 General Punctuation. So, these letters truly help to create small to medium designs quickly. And in bigger designs, other fonts can help to create the designs.

I hope, now you understand this awesome font deeply. But still, if you have any questions then use the comment bar for asking us. Or you can also ask for some queries from its owner.

For downloading the Linear Beam typeface, you need to click on a single button below and get it. Later on, feel free to keep using it in personal and commercial tasks.