Kingdom Hearts Font is a Gothic various font featuring an awesome stylish texture. A US-based designer Eliot Truelove took the charge of designing and releasing it for the first time.

All textures have created with thick strokes in which the designer has used sharp edges. That adds extra creativity all over the typeface and makes it a unique font according to the modern age.

So, unique designs can easily be created with this awesome creation. And in pairing conditions, you can also get better results from it. Because this awesome font can be useable with all basic fonts including Whitney Font & Pantone Font.

Kingdom Hearts Font has available in just one regular style along with Truetype features. This single style has 67 characters like uppercases, lowercases, numbers, and 5 marks.

With this majestic font help, you can create posters, emblems, cartoon covers, covers, horror posters, taglines, branding, and several other things. It depends on the designer’s choice of where he wants to utilize it.

So, before leaving this site, please tell us where you want to utilize it. And if possible then share your opinion on this creation in the comment section below. And also share it with others.

For downloading the Kingdom Hearts typeface, you need to click on a single button below and get it. After that, please keep using it only for personal use. 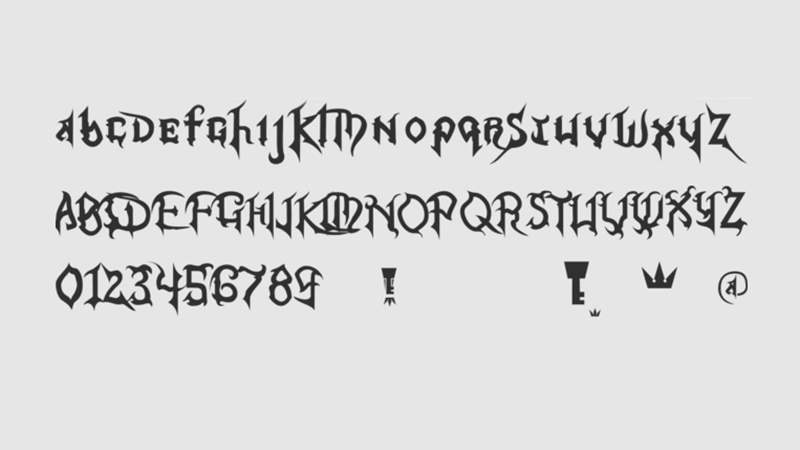